Although sex workers face no criminal penalties in the Nordic model, sex workers still experience negative consequences amounting to punishment under the law.

Those who provide basic services for sex workers can face criminal charges. Sex workers lose their homes if their landlord finds out what they do, because they have to throw them out or be arrested. These laws are supposed to stop pimping but in reality lead to homelessness and a climate of fear among prostitutes.

Even private relationships can be forbidden to sex workers under the Nordic model. Sex workers cannot safely have private romantic relationships because their partners can be punished as clients or pimps, as happens in Sweden:

Did you know it’s in practice illegal for sex workers in Sweden to have a partner? Romance, dating, relationships, secure connections, family life and love are apparently to much for us to ask for. Another boyfriend has just been arrested in Sweden just for loving a #sexworker.

The Nordic model does nothing against trafficking and may even make the problem worse.

The Nordic model in fact takes police resources away from investigating human trafficking and wastes them on punishing consensual sex work. And since all sex work is illegal under the Nordic model, it becomes impossible to tell who is being forced to sell sex and who is doing it consensually.

‘The Nordic model works by ending demand for paid sex’

Making something illegal cannot end demand for it. Drugs are illegal, but people still buy and use them. In countries that have chosen to use the Nordic model, demand still exists.

The Nordic model worsens conditions for sex workers by scaring away good, law-abiding clients, while clients who are already more likely to break the law remain, increasing the risk of violence against workers. Under the climate of fear created by the Nordic model, sex workers are forced to accept more dangerous clients in order to earn enough money to survive.

Ireland saw a 92% rise in violence against sex workers after implementing the Nordic model in 2017. Source

While supporters of the Nordic model claim that help for prostitutes leaving the sex industry is a key part of their proposal, in practice exit help is nearly nonexistent or poorly implemented. Many sex workers do not want to leave their job for lots of different reasons. For many, prostitution is the best way to earn enough for themselves and their families, so leaving prostitution would decrease their living standards.

France, where the Nordic model was adopted in 2016, is a typical example of how exit programmes fail to end prostitution:

Israel passed the Nordic model into law in 2018, with an 18-month period in which authorities were supposed to help sex workers leave the industry. By the end of this period, only 30% of the budget intended to help prostitutes leave the sex trade had been spent:

Now the [criminalization of clients] is being enforced as unprecedented unemployment and uncertainty sweep the country […] little was done to help sex workers adapt to another profession.

The reality of exit is that it is a complicated issue for many workers. Discrimination against former sex workers is widespread even in countries where prostitution is legal, making it difficult for exiting workers to find a new job. The Nordic model worsens this discrimination by increasing the stigma of sex work.

While nobody should have to do sex work when they don’t want to, the Nordic model does not help those who want to leave. It places them under pressure which is counter-productive to those trying to leave by learning new skills and looking for other forms of work. Effective exit help does not depend on the Nordic model and is more effective without it.

Unwanted Help: With less than 100 people using the exit programme each year, it would take over 260 years to abolish prostitution in France under the Nordic model. Source

What other models are there?

Everyone agrees that human trafficking and violence in the sex industry are bad. The question is how to eliminate them.

We’ve seen how the threat of criminal penalties causes sex workers to lose their homes and their partners, puts them at risk of violence from clients while failing to help exploited and abused workers. This is true even in countries where sex work is partially legalized and only certain activities (like brothel-keeping or advertising in public) are crimes.

The solution is to decriminalize sex work for both clients and workers. When this happens, sex work is treated as a real job and sex workers have the same social protection as everyone else. This model is supported by a lot of organizations worldwide, including Amnesty International and the World Health Organization. Active sex workers around the world demand decriminalization as the best legal model for the sex industry.

Like any other kind of work, many sex workers have chosen their job for themselves. Some because they need the money; some because they enjoy doing sex work. Any form of criminalization takes this choice away from them.

For those who do sex work because they need the money, criminalization puts them at risk for choosing to use sex work to lift themselves out of poverty. Those who have made this choice for themselves often still want to leave sex work, but agree that earning money with sex work is better than living in poverty. If people are forced into sex work because of poverty, the problem is poverty, not sex work. Effective help exiting depends on financial support for those in poverty; criminalization does not end poverty.

For those who do sex work because they enjoy it, criminalization takes away a career. There is no reason to force sex workers who like their job to undergo the difficult process of finding a different career.

Worldwide, the police are the most frequent perpetrators of violence against sex workers. Decriminalization reduces violence massively by taking sex work itself out of criminal law.

Decriminalization also gives sex workers more confidence to reject potentially dangerous clients and work together to make themselves safer. In places like the United Kingdom, where brothel-keeping is illegal (as under the Nordic model), sex workers can be punished for working together in the same house. See the effect on safety in this short film: 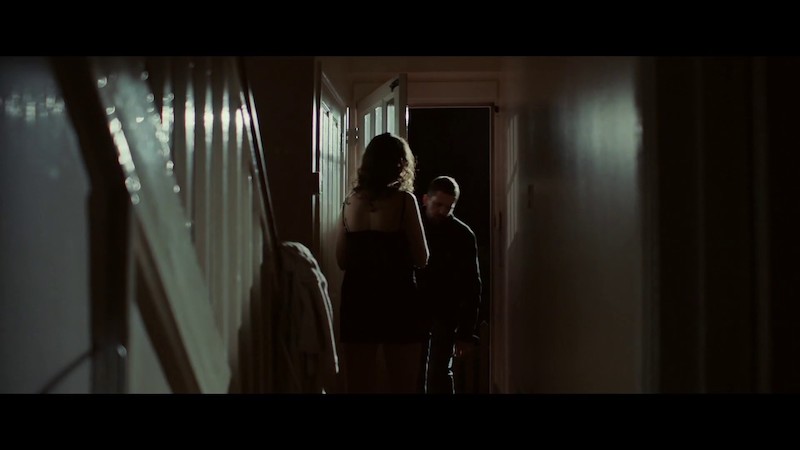 When sex work is decriminalized, sex workers can legally work together in the same place for their own safety.

When sex work is a crime, safer sex practices are less common. Social workers are sometimes afraid to supply condoms or even health advice to sex workers for fear of breaking the law. In France, sex workers found it more difficult to get clients to use condoms after the Nordic model was introduced.

Decriminalization, on the other hand, dramatically reduces rates of transmission of sexually transmitted diseases. In the US state of Rhode Island STI transmission fell 40% when indoor prostitution was decriminalized. Fewer people carrying STIs in the general population means that even those who don’t see sex workers benefit from lower infection rates among potential sexual partners.

Decriminalization is good for everyone who sells sex, including victims

Decriminalization helps sex workers work together to stamp out abuse by pimps, brothel owners, and bad clients. Sex workers can sue or make criminal reports against mistreatment and bad practices.

How to support decriminalization

Most countries around the world have active campaign groups run by and for sex workers which support decriminalization. Many of them are members of the Global Network of Sex Work Projects. Some of the ones you can support are:

These organizations need your support! You can donate to help them campaign or, even better, go to a protest and make your voice heard for sex workers!